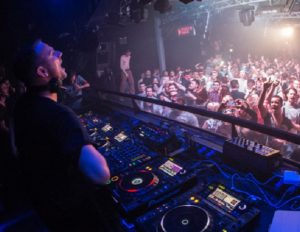 With a career spanning more than a decade and a solid reputation both as a producer and on dancefloors across the globe, Mark Knight has established his position as a serious heavyweight of house music.

His label « Toolroom Records » is the best selling ever on Beatport, and as a DJ Mark holds international prominence, recognised the world over for his extended 7 hour sets, headlining festivals and clubs from Ultra Music Festival Miami to the Terrace at Space Ibiza.

His ‘Toolroom Radio » show launched in 2008 and has gone on to become one of the world leading dance music radio shows, IDMA nominated and now heard on over 60 leading stations to an audience of over 13 million house music lovers every week.